Evolution theory. It has been a subject close to my heart for many years. Why is it controversial now?

For starters, recently [first week of Jan 2018] in India Union minister Satya Pal Singh , who is the minister of state for human resource development had stoked a controversy saying that our ancestors have nowhere mentioned that they saw an ape turning into a man, thereby casting doubts on Darwin’s evolution theory.

In January 2018, he stuck to his claim that Charles Darwin’s theory of evolution of man is “not scientific” and called for an international debate on the issue to decide if it merits a place in school textbooks.

Blaming the media for fuelling a controversy over his statement, Singh said the issue calls for debate and not controversy. “In the last 100 years, many evidences have come out against the theory, in favour hardly anybody. It is not my statement. So many world scientists have said it,” Singh, the former Mumbai Police Commissioner, said.

I felt this is  good time to try to clear the murky atmosphere of Evolution.

What do I mean by evolution? It may be totally different from what you understand, so let me explain by defining it as I understand.

Evolution is a change in the characteristics of a living being over generations.

The problem starts when people start assuming or rather over estimating the degree of change that this simple process can bring about.

For example, let us look at the dog. 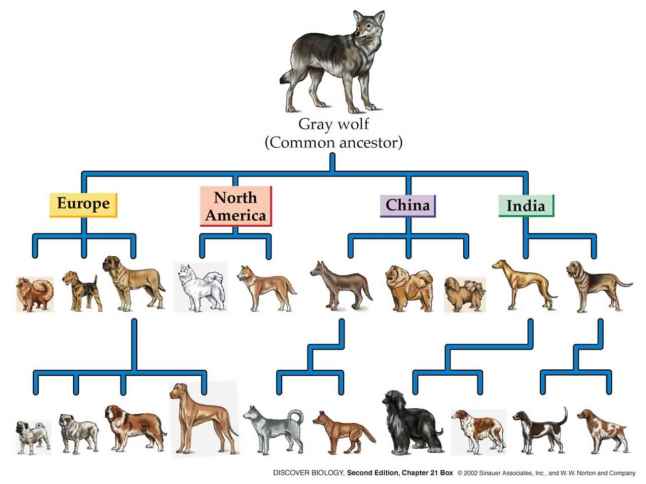 If you call this evolution, fine. I would agree. Dogs have been selectively bred by intelligent human beings to give them desired characteristics over hundreds of years.

But look at this picture 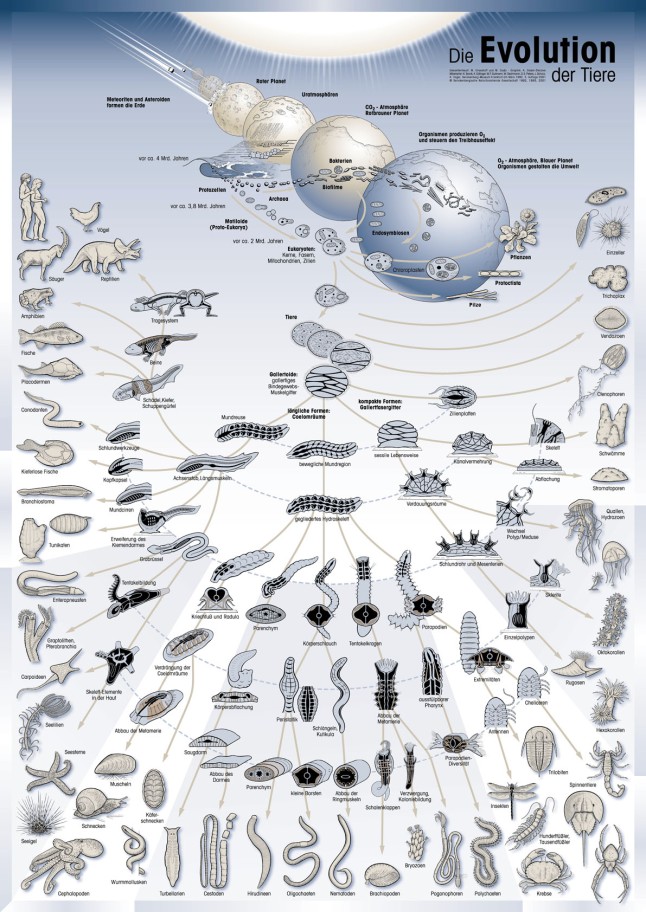 The above picture is what I call stretching your imagination 🙂

It is okay to think that dogs can evolve, but to think a dog can evolve into a cat? It just shows how ignorant these people are about the complexities of life and especially about genetics.

Each species is unique and cannot breed or produce viable offspring when mated with another, no matter how similar looking.

I believe that an intelligent being, popularly called God, created species and defined them some time in the past.

He also gave the creatures he created the ability to adapt and survive in this physical world that we inhabit. This is again a testimony to his wisdom, his ability to see beyond time and space, into the future, where he knew that we humans would be altering the world due to our greed and mindless consumption.

This ability to adapt and survive is being stretched beyond its designed parameters and hence we see species getting extinct these days.

However many species do adapt and survive, some better than others. For example pests like flies, cockroaches and mosquitoes seem to thrive in these conditions.

But there is a limit to how much a species can adapt or change, and that is written in its DNA by the one who made it in the first place.

The problem with us humans is that we like to think we are gods. That we can decide what is true. That we can simply issue a statement and it will change the facts:

For example, the United States National Academy of Sciences states:

Today, many religious denominations accept that biological evolution has produced the diversity of living things over billions of years of Earth’s history. Many have issued statements observing that evolution and the tenets of their faiths are compatible. Scientists and theologians have written eloquently about their awe and wonder at the history of the universe and of life on this planet, explaining that they see no conflict between their faith in God and the evidence for evolution. Religious denominations that do not accept the occurrence of evolution tend to be those that believe in strictly literal interpretations of religious texts.

The confusion caused by the definition of Evolution adds to this. If you go by the simple definition that I gave earlier of dogs, it is nothing but adaptation. If you try to go by the definition proposed by some over-imaginative “scientists”, it would mean something like the Creative Imagination picture I posted.

That, dear reader, is what mainly causes the controversy. The degree of change considered possible by this process of ‘Evolution’.

And of course among other things the refusal to consider that there even exists a loving and intelligent being who could have created you and me and the entire universe.

The God who created you and me so wonderfully, has also given you free will to choose absolutely anything. You can decide what or whom to believe. Ultimately it is a matter of the heart.

I do not want to give you enough scientific reasons to make you realize the fallacies of the 2nd picture, but I want to plant a seed of a desire to find out for yourself what is true. Because in that way the faith you find would be truly yours.