The Times of India-IMRB Quality of Life Survey perceived Mumbaikars as being most stressed among residents of eight mega-cities. Are you surprised?

If you are a homeschooler who has gotten out of the rat-race and fast pace of life, you will read this article differently than most people. And if you are not, there is hope at the end of this article!

Mumbai’s 24×7 rhythm has earned it many sobriquets, but there is a growing realization that the Maximum City’s never at-sleep tag comes at a costly price — namely, stress. High stress levels, say doctors, result from the zip-zap-zoom lifestyle Mumbaikars are forced to adopt.
There is the lure of bigger salaries, better work culture, better infrastructure and opportunities. But if you consider aspects such as travelling like packed sardines, extra-long working hours and near-zero recreation facilities, Mumbaikars don’t have it easy on many fronts.
Not surprisingly then, respondents in The Times Of India-IMRB Quality of Life Survey perceived Mumbaikars as being most stressed among residents of eight mega-cities. Mumbai scored a bleak 2 for the parameter Lifestyle (Relaxed) in the category Peace of Mind. 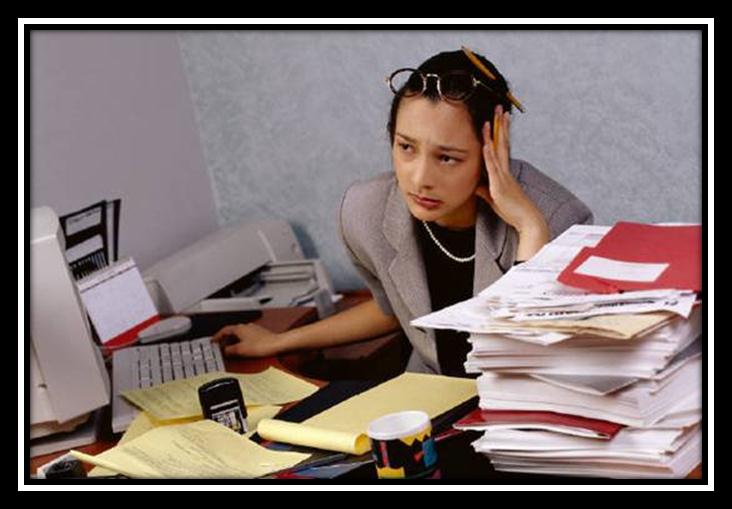 Psychiatrist Dr. Harish Shetty equates Mumbai’s stress problem with five Is and one M. “There is growing insomnia, irritability, isolation, impulsivity and impotency, and there is a lot of mistrust. All this spells high stress,” he says.
The city’s social fabric has also undergone a change. “The city’s strength was its heterogeneity and ability to absorb each and every section of society. But the same factor has now resulted in ghettos based on communities or eating habits,” says Shetty. He also blames competitiveness. “The thirst to keep up with the Joneses seems worse in Mumbai. If your neighbor is going on a foreign trip, you want to keep up.”
Psychiatrist Dr. Bharat Shah, who consults at Lilavati Hospital, says, “The city’s geography is such that it doesn’t help one relax.” For instance, travelling either north-south or east-west can be a chore. “The linear layout only results in traffic bottlenecks, be it on roads or the railway,” says Dr Sanjay Kumawat, superintendent at Thane Mental Hospital.
Other aspects of travelling also leave Mumbaikars thoroughly stressed out. “There is so much overcrowding that the quality of travel is poor. As a result, one is bound to have a fight with a fellow commuter,” says Dr. Vishal Sawant, who heads the psychiatry department of civic-run Cooper Hospital, Juhu.
Mumbaikars find it hard to nullify the harmful effects of stress as rest and recreation is practically an alien concept here. Says Shah, “Blame it on transport or the need for extra competitiveness that forces people to work more, but there is practically no time to rejuvenate or relax. The margin between healthy and unhealthy is becoming narrower.”
The strong middle-class quality of the city too is being eroded. “Drugs were hitherto unheard of in conservative and middle-class society. But now Vile Parle households are grappling with the habit,” says Shetty. Worse, the extended family support system is no longer around. “For youngsters, celebrations mean heading to a bar,” adds Kumawat.
While many Mumbaikars cope with stress by taking up yoga, gym or hobbies, some fail to do so. “Daily stress can become distress. When this distress becomes chronic, there is a high chance of depression,” says Shah.
There are no easy solutions, but Shetty recommends a simple strategy: smile and talk more with one another.
TENSE TIMES
A 2010 survey conducted by the Indian Council for Research on International Economic Relations found that India’s rapid economic expansion had boosted corporate profits and employee incomes, but had sparked a surge of workplace stress and lifestyle diseases. Commissioned by Regus, 57 % workers in the corporate sector in India (including Mumbai) reported an increase in stress over two years. The focus on profitability stressed 45 % of Indian workers. [End of TOI article]

Money is seen as more important than man.

WHAT IS THE SOLUTION?

There are a few individuals and families who have taken a conscious decision to come out of the hurry-worry cycle that is Mumbai.

They are not following the crowd. They are setting the pace, being in the fore front of a different life style that many can only dream of.

Wow, how can that be, you may well ask!

There are a few pre-requisites before you can do that though!

Firstly you need to be aware of the purpose of your life.

For many people it is simply earning money, for satisfying their own needs like a house, a vacation or some other stuff which they can accumulate.

For such people, what gives them a sense of worth is their possessions and accomplishments.

If you are one of them, relax.

You are valuable enough as you are! The very fact that you have life shows how much love and value your Creator has for you, does it not?

But what if you believe in the ‘No God’ theory?

That is a big problem, because then you may believe that you have no implicit value, because you have just ‘evolved’ accidentally or something! That probably explains why you work so hard to be valued, get acceptance, love or respect.

Please think about it seriously. Stress is the direct result of this never ending working to gain.

Beliefs are very important, and there are good resources to help you know the truth about these matters.

Secondly you need to identify your priorities.

Is it work or family or something else? Like yourself?

Jesus said simply “Mathew 6:21
your heart will always be where your treasure is.” That means the area where you spend your maximum time and energy is where your heart really is, despite whatever you may talk or feel.

I would request you to re-evaluate your life priorities in the light of the eternal value it has for you. This life is short, it will soon be past. Would you not like your life to last beyond this life time?

Write to me at origins4me@gmail.com