Mumbai Homeschoolers: Brief account of our recent get togethers

In India, there are many parents who have chosen to educate their children out of ‘school’. They form a small but growing number of intelligent, creative and bold individuals who are now also getting aware of the need to join together as a National Body, with a structure, to best represent their interests to the Government.

In India Homeschooling is not yet legal or illegal. Like in many other areas, the Indian Government has not given a clear decision either way. Thanks to Mike from the HSLDA and others, we are assured of support from all over the world in this aspect of educating our own children.

This nascent movement has brought many individuals together and has also resulted in many fun filled moments for us as we met for common activities.

Some of the recent outings we had as homeschoolers included a trip to the National Park in North Mumbai during the rains in July 2011. We carried snacks, and field science kits to catch and observe specimens [released back after studying them]. The children enjoyed the time together, exploring the natural

environment and the stream.

It also resulted in greater bonding among the children from diverse backgrounds and staying miles apart, as Mumbai is a large city spread out over a hundred kilometers.

The stream was in full flow at the time as it was the rainy season, and many amphibians, reptiles and other animals could be observed.

One interesting observation we made as parents was that none of the kids asked each other “Which school do you go to?”!

We had another field trip to the National Park in August 2011 when a Biology expert was invited by a Homeschooling parent Poonam Kurani and she gave a wonderful talk explaining in detail the flora and fauna of the park. We parents also learnt quite a bit.

Next we had a bird watching expedition at the Silonda trail at the National Park in October 2011. This was an early morning walk with a young

naturalist from Mumbai. We saw almost 30 species of birds and identified them with the guide book too. Besides that we also saw many insects, reptiles and spiders.

The kids as well as adults were amazed at the diversity of God’s creation and their adaptability to diverse environments.

Some of the birds we saw included the Ashy tailed drongo pictured here below.

We also had a trip to the Nehru Science center in December 2011, where we could see science in action. We also saw Science projects from across the country done by students. 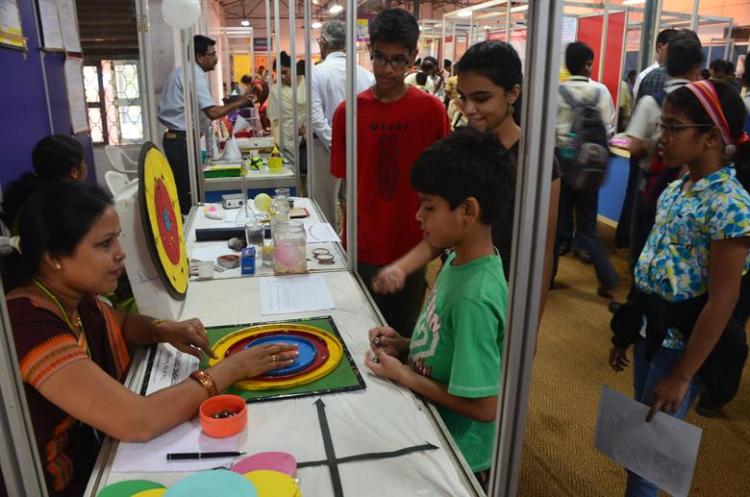 After that we went to the Nehru Planetarium and saw the skies come alive on their massive dome theatre. There were quite a few exhibits at the Planetarium too.

Then we all gathered at the terrace of a family from Dadar and witnessed the total lunar eclipse with our naked eyes and with a reflector telescope, besides having games, quizzes and fun there, literally bringing the roof down with the children running and playing.

We discussed how eclipses are formed, and different topics under the moon!

So that is how homeschooling is catching up and spreading in Mumbai and other parts of India and this is a small glimpse of our life here in Mumbai.

We do hope you enjoyed this short article and please pray that we would continue to enjoy the freedom to educate our children out of school to make them good citizens of India and the world.

10 thoughts on “Homeschoolers in Mumbai”