My son Mark has been after me begging and pleading me for a Nerf Gun. Oh God, the persistence of the 9 year old boy..literally eating my brains out, and of my wife too.

What on earth is a Nerf Gun now??

For him it is like the pinnacle of his aspirations, the dream toy that he wants, the best thing that he can own and play with. And I didn’t know what on earth was this Nerf gun. Sounded too much like Barf or some other four letter words that came into my mind… oh, forget it.

Anyway his begging and pleading every day was getting to me. I told him that he will have to spend his pocket money for it. He replied that I can use from his bank account! I realized that I shouldn’t have told him about some money I had put in his account to teach him the concept of saving and investing.

Atlast today was the day we both decided that we will buy him this Nerf Gun…as we were going to buy a birthday gift for his friend’s birthday.

And here he is with the great NERF gun! 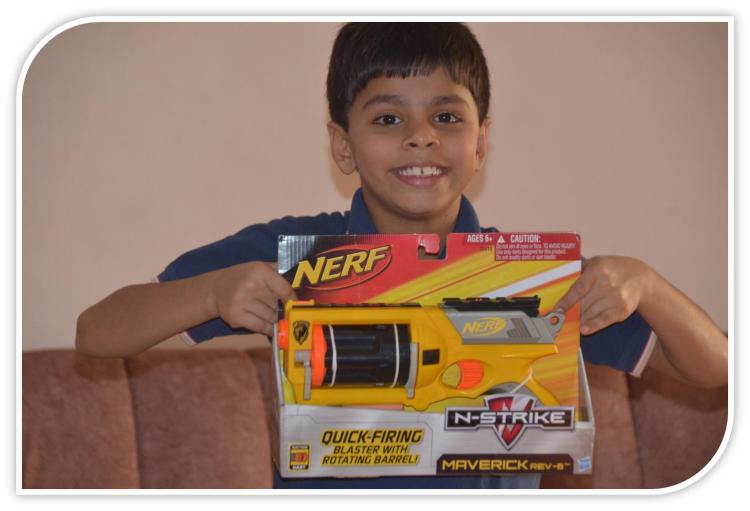 Right away he had loaded it and got ready for shooting! I made him a target [glass surface of a partition. The Nerf gun has suction tipped sponge bullets, and works on a air gun principle where you charge it and shoot, six bullets in the barrel. 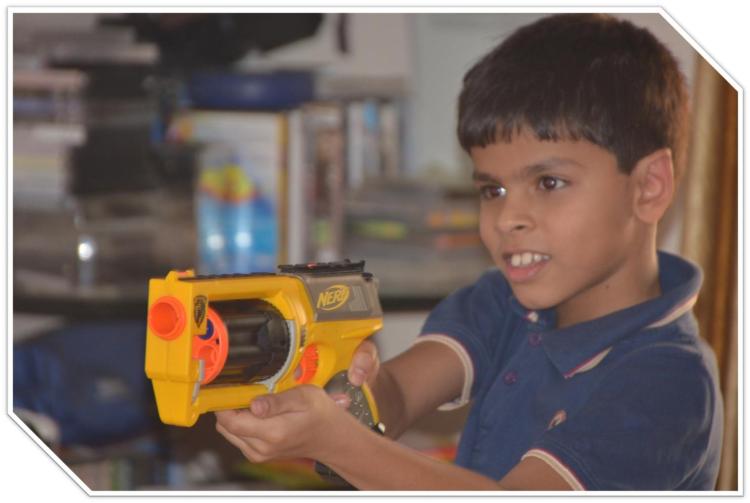 As parents we sometimes wonder at how these new inventions are made and how they catch the attention of our kids. I think I am going to research this subject a bit more…but later, now it is my turn to shoot with the Nerf gun.

Adios friends, thanks for reading!