As a Medical Doctor I ask myself what are some potential uses of blockchains in healthcare?

Okay, so for those who must be wondering,

What is a blockchain?

In general a blockchain is defined as a distributed system which records and stores transaction records.

Blockchain more specifically is defined as “…a shared, immutable record of peer-to-peer transactions built from linked transaction blocks and stored in a digital ledger.”

Blockchain is also similar to a database which stores information, however the main difference is that the data is located in a network of personal computers called nodes where there is no central entity such as a government or bank controlling the data.

How can blockchain be used in healthcare? 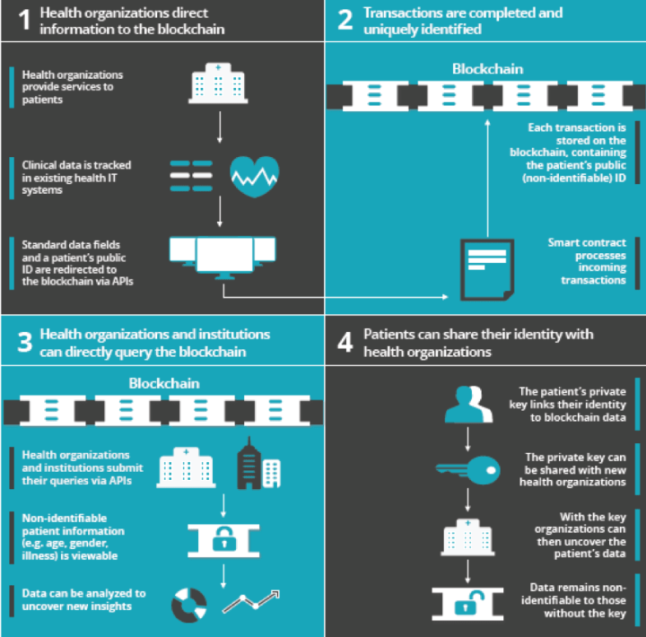 The future of Total Person Care

As a medical Doctor who is also interested in Total person care and treating each individual as equal and worthy of dignity and respect, blockchain technology gives me the technological possibility of actually implementing my values in practice.

I look forward to more developments in the field of Blockchain in healthcare. God bless.